The final four are set at the WTA San Diego Open. Iga Swiatek and Jessica Pegula are our remaining seeds. They are joined by Donna Vekic and Danielle Collins, both of whom have been superb this week. We’ve seen some cracking tennis so far in San Diego and Saturday Promises to be no different. Swiatek […] The post WTA San Diego Open Semifinal Predictions Including Iga Swiatek vs Jessica Pegula appeared first on Last Word On Tennis. 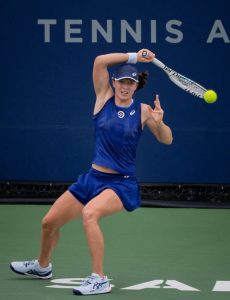 The final four are set at the WTA San Diego Open. Iga Swiatek and Jessica Pegula are our remaining seeds. They are joined by Donna Vekic and Danielle Collins, both of whom have been superb this week. We’ve seen some cracking tennis so far in San Diego and Saturday Promises to be no different. Swiatek remains the favourite, but Barbora Krejcikova showed she can be beaten late in tournaments. So, will the Pole make yet another final this year? Who joins her if she does? We try and answer those questions in this set of semifinal predictions.

Vekic has turned heads with her level in San Diego. The Croatian has been off her best for a while now, but five wins this week have her in a great position to change that. However, big-hitting Collins will have something to say about her chances of doing so. The American looked set to charge into the top ten at the start of this year before injuries derailed her somewhat. Nevertheless, she looks back to her best after some big wins this week. Both Vekic and Collins are big ball strikers and this should be a fun match to watch as a result. Given their form. I expect a tight affair. However, Collins has more firepower and will be aggressive on the Vekic service games. I expect her to sink her teeth in enough in that regard to pull out a win here.

Pegula won against Swiatek in 2019 but has failed to win a set in the three encounters they’ve had this year. That’s a reflection of just how good the world #1 has become as Pegula has been arguably the second-best player on the tour over the last 12 months. Swiatek has been far and away the star of women’s tennis this year. Her unique combination of variety, power and mental fortitude have made her nearly impossible to beat. However, if anyone can then it is Pegula. The American is currently #5 in the world and has qualified for the WTA Finals for the first time in her career. She also has the third best win percentage of anyone on the tour who has played at least 50 matches. In summary, she’s very good very often and will be a real test for Swiatek.

The Polish superstar will be determined to avenge her finals loss last week and has looked superb here so far. This one will likely be three sets, but I suspect Swiatek has too much power and craft to lose here.

Better to Be Beautiful than No.1 in the World - Cirstea...

Annabel Croft on why Ashleigh Barty, Iga Swiatek could...

Looking for a Top Tennis Academy That Helps with College...

Venus Williams continues to be a champion of longevity. The former world No. 1 Venus...