The Wolverines’ regular season begins on November 7, so let’s make some bold predictions so that you know how it goes and can make winning bets at casinos online that pay real money. College basketball season begins next week, and Michigan supporters are hoping for another strong season for a school that has been very […] The post Three Bold Predictions for Michigan Basketball 2022-2023 Season appeared first on TalkBasket.net. 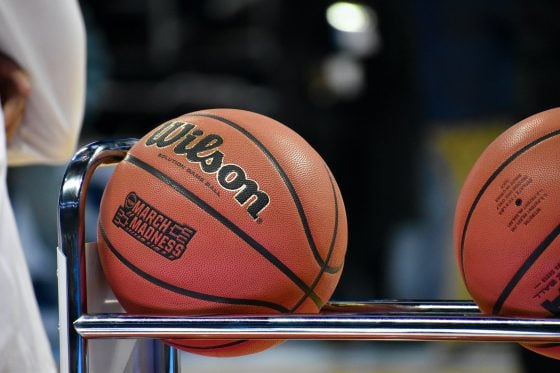 The Wolverines’ regular season begins on November 7, so let’s make some bold predictions so that you know how it goes and can make winning bets at casinos online that pay real money. College basketball season begins next week, and Michigan supporters are hoping for another strong season for a school that has been very steady over the previous decade. Last year was a roller coaster trip for the Michigan Wolverines, who couldn’t manage to string together two great performances in succession and barely qualified for the NCAA Tournament before reaching the Sweet Sixteen. Seven of last season’s top ten scorers are gone, and this squad will rely heavily on All-American center Hunter Dickinson and a slew of rookie players who will be thrown into the fire.

Williams II is one of the few returning players that saw significant playing time as the sixth man the previous season. He averaged 4.7 points and 2.4 rebounds per game while shooting 51.7% from the field, 38.5% from three on 1.7 attempts a game, and 78.8% from the free throw line in little over 15 minutes per game.

The forecast above isn’t strictly a criticism of Williams II: he’s one of Michigan’s top defenders at the forward position and will be a critical element who, in most matchups, should be one of the five people on the floor at the conclusion of close games. Having said that, the 4 is the Wolverines’ greatest unknown. Juwan Howard and the coaching staff, we are sure, will experiment with the starting lineup before conference play begins.

The Wolverines have a lot of choices at the 4. They could go small and put Jace Howard or Joey Baker there. Or they could embrace their youth and put redshirt freshman Will Tschetter and Isaiah Barnes in front of Dickinson. True freshmen Youssef Khayat and Gregg Glenn are also alternatives at the 4, although one or both might miss the season. Williams II has flourished as a spark plug off the bench. And we wouldn’t be shocked if Michigan reverts to that position before the conclusion of the season. We would even bet on this at top casinos from the BestAuCasinosOnline ratings.

While the Wolverines lost several key players from last season, they still have a lot of quality on this squad that might be recognized at the conclusion of the season. Dickinson is a lock to make the First Team, barring a severe injury. Furthermore, Princeton transfer Jaelin Llewellyn is expected to be Michigan’s top guard and may surprise several people before making the Second or Third Team.

We don’t believe it’s a stretch to predict that one of the other guys will be named to the Third Team or receive an honorable mention. Kobe Bufkin should be one of the conference’s most improved players, Jett Howard will score a lot and might be one of the team’s top three-point shooters, and Dug McDaniel or Tarris Reed Jr. have the skill to turn voters’ minds. While a casual college basketball fan may see them as a squad lacking skill in comparison to the previous year, they should win several playoff awards.

#3 – As the Wolverines Finish Second in the Big Ten, Hunter Dickinson Will Be Named Big Ten Player of the Year

Well, we wanted to pull the trigger. We really did. We wanted to be the homer and predict Michigan would win the conference for the second time under Howard. But we simply cannot do it. We don’t believe this squad has the depth to win the conference, and we believe Indiana (headed by Trayce Jackson-Davis) or Illinois (with transfers Terrance Shannon Jr. and Matthew Mayer) will.

Having said that, we don’t believe there is a greater Big Ten player than Dickinson. He was really dominant in the paint, showed off his passing abilities out of double teams, and even moved out beyond the arc to hit a couple of three-pointers. Dickinson will be expected to be a leader this season. And if he can shoot threes more regularly and serve as Michigan’s defensive backbone, he will be the conference’s Player of the Year.

Dickinson has the highest chances of any Big Ten player to win the National Player of the Year title, with +2,000 odds. So choosing him to be the conference’s most outstanding player isn’t a stretch. That being said, Dickinson’s performance closely connects to the Wolverines’ success, who we think will finish second in the Big Ten. That’s incredible, don’t you agree? With this in mind, it is no wonder that basketball is one of the best sports for betting.

Brittney Griner’s wife: “Her footprint is amazing for Russia”

As reported by Bild, Sébastien Haller will return to training for Borussia Dortmund...

It’s an All-Star 5 led by in-form players as the overall appearances leader Jeremiah...

As a player who has always done things his own way on the tennis court, Nick Kyrgios...

Registration for the County Umpire Course 2023

Table Tennis Ireland are hosting a County Umpire Course in February 2023. This is...