There will be an interesting match-up at Stadium 974 on Tuesday afternoon, as two of the sides that will be... The post Mexico vs Poland Prediction: World Cup Match on 22.11.2022 appeared first on 22bet. 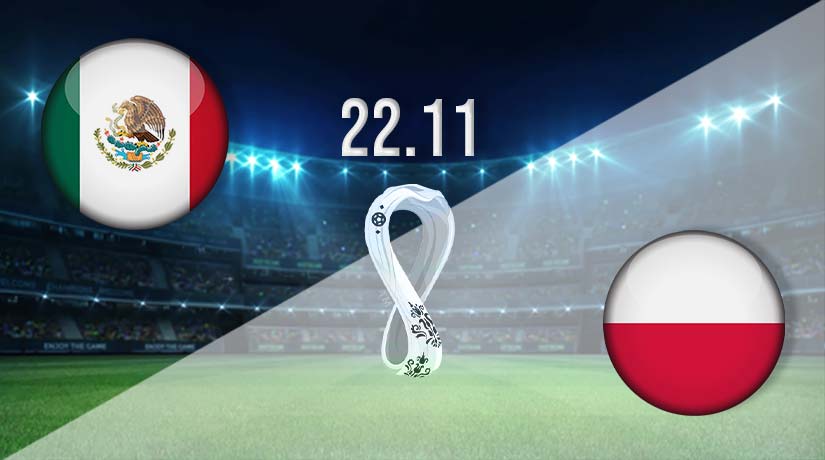 There will be an interesting match-up at Stadium 974 on Tuesday afternoon, as two of the sides that will be in direct opposition for a qualification place will lock horns. Mexico and Poland will both be aware that they are likely competing for second spot, but that could make this opening match-up extremely important.

There will be a fascinating battle at Stadium 974 on Tuesday afternoon, as Poland and Mexico clash in Group C. Both nations will be hopeful of reaching the next round of the competition, but their future in the tournament could hinge on their result in this opening match of the group stage.

Poland may be the slight favourites in the betting to claim victory in this fixture. However, they have failed to make it out of the group stage in each of their previous three appearances. They were involved in the 2018 World Cup, but they won just once in three games as they crashed out. Poland secured their place at the World Cup finals with a 2-0 success against Sweden in the playoffs, while they warmed up for the competition earlier this week with a 1-0 win against Chile.

Mexico has an excellent record in the World Cup, as they have reached the round of 16 in each of the previous seven editions of the tournament. They have won at least two games in the previous two competitions, but defensively, they have always appeared to be vulnerable.

They haven’t had the perfect preparation for the tournament this year, as they have lost two of their previous three international fixtures. Their most recent defeat was suffered earlier this week, as they lost 2-1 against Sweden. However, they will likely have a fully fit squad to select from for this fixture.

Mexico vs Poland Head to Head

These sides match up extremely closely, and that is evident in the fact that both nations have recorded three wins each from the last eight meetings. However, Poland hasn’t beaten Mexico in the previous five, with their latest defeat coming in November 2017. However, Poland did win the only previous meeting between the nations at the World Cup.

Group C is too close to call, and both Mexico and Poland stand fine chances of taking second behind Argentina. However, our slight preference is for Poland, and Robert Lewandowski’s prowess in front of goal could make all the difference.

Make sure to bet on Mexico vs Poland with 22Bet!

Raheem Mostert is a Dynasty Buy, Not a Sell

New Book: Hockey is for Everybody

The Greatest Coaches in Hockey History

The Top Coaches Who Made Hockey Great: A Look At The Greatest Coaches in Hockey...

Here's what we know about World of Warcraft's patch 10.0.5 release date and the...