Leg-spinner Rehan Ahmed became the youngest men’s Test cricketer to claim a five-wicket haul on debut as he put England on the brink of a historic 3-0 sweep in its first Test tour of Pakistan in 17 years.

Pakistan’s batters crumbled for 216 in its second innings of the third and final Test as the 18-year-old Ahmed grabbed 5-48 and Jack Leach (3-72) clinched all three of his wickets in the space of six deliveries on day three to leave England a modest target of 167 runs.

Ben Duckett (50 not out) and Zak Crawley (41) motored England to 2-112 by stumps with their aggressive “Bazball” brand of batting — named after coach Brendon McCullum.

England won the first Test by 74 runs in dimming light on the last day on a flat wicket in Rawalpindi.

Crawley and Duckett plundered 87 runs off 69 balls before mystery spinner Abrar Ahmed grabbed two late wickets. Crawley was adjudged lbw while attempting a sweep and Ahmed, sent in as nightwatchman, smacked two boundaries before he swiped and got clean bowled.

Harry Brook’s third successive century had given England a 50-run first-innings lead when it replied with 354 after dismissing Pakistan for 304, with Ahmed and Leach sharing six wickets between them. 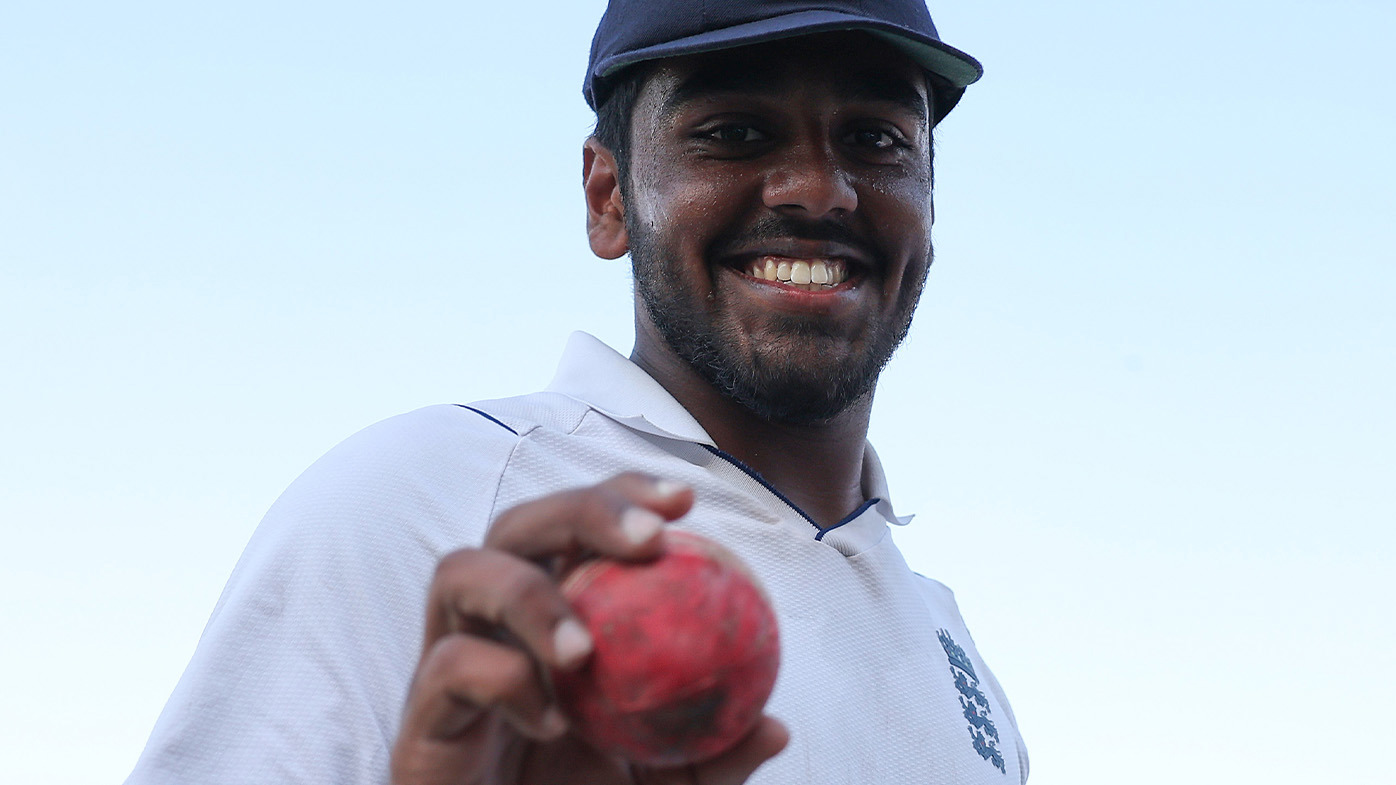 Pakistan, staring at its first-ever 3-0 whitewash at home, lost the last seven wickets for 52 runs in its second dig as Ahmed stifled the middle order with his sharp googlies and leg spin.

Captain Babar Azam (54) hit his third half-century from his last four innings and Saud Shakeel (53) made his fourth 50 in his debut series, before Ahmed left the lower order clueless.

Babar and Shakeel had rebuilt Pakistan’s hopes with a 110-run stand before both fell late in the second session to Ahmed.

Babar became the fourth men's Test player to reach 1000 runs this year, but played an overambitious pull against Ahmed’s short ball soon after completing his half-century and Ollie Pope held a sharp catch at short mid-wicket.

Ahmed, who also became the youngest England men's Test debutant at the age of 18 years and 126 days, then picked up the wickets of Mohammad Rizwan (7) and Shakeel in successive overs to seize complete control as Pakistan staggered to tea at 6-177.

Shakeel followed up his three previous half-centuries in his maiden Test series with another defiant 50 before he top-edged a sweep against Ahmed and was caught by Leach at square leg.

Babar and Shakeel had defied spin and pace for two hours and 45 minutes after Leach’s triple strike reduced Pakistan to 3-54.

Pakistan was ahead by just three runs when the top order crashed against Leach on a wicket where spinners have dominated.

Former captain Azhar Ali had a disappointing end to his 97-Test career as the 37-year-old fell without scoring in his last innings when Leach knocked back his off stump with a sharp-turning delivery.

England players applauded and shook hands with Azhar before he took the final guard with his wife and two sons among a sparse crowd at the National Stadium.

But Azhar lasted for only four balls against his former Somerset teammate Leach before the England players again shook hands with him for one last time. 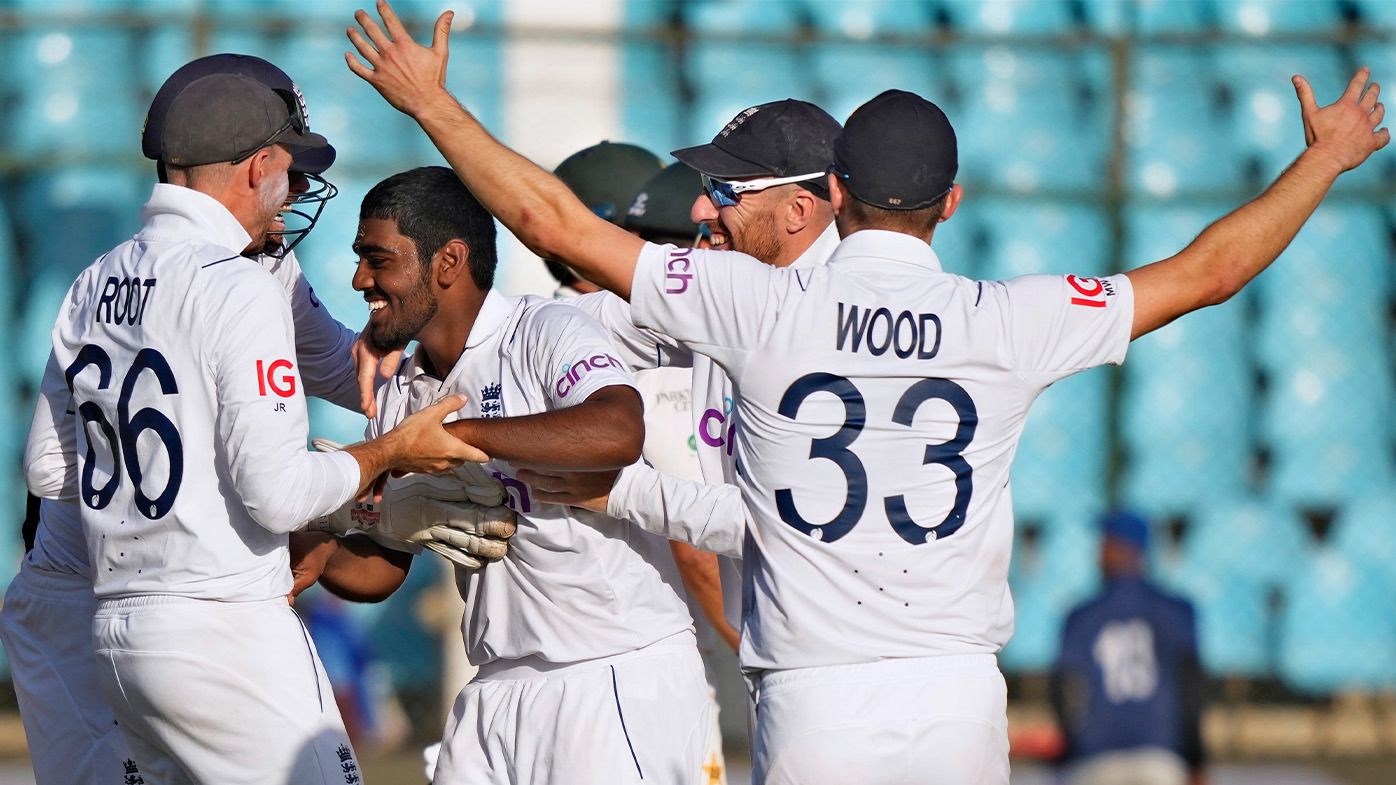 Azhar was accorded a guard of honour by his teammates on the edge of the boundary as he slowly walked back into the dressing room.

Resuming on 0-21, Shan Masood (24) started promisingly, smashing Joe Root for three boundaries and a six before the off-spinner was taken out of the attack after two overs.

Abdullah Shafique wiped off the 50-run deficit with a pulled boundary against Mark Wood’s 140km/h bouncer before Leach struck thrice without conceding a run.

The left-handed Masood was bowled playing an extravagant reverse sweep as the ball clipped the bottom edge of his bat before hitting leg stump.

For a daily dose of the best of the breaking news and exclusive content from Wide World of Sports, subscribe to our newsletter by clicking here!

This Marlins prospect took the walk-off home run to a whole...

Darius Garland will make his return to the lineup tonight

It’s been an active week in the TWC NHL Power Rankings, with streaking teams making...

Ateneo reclaims UAAP title, fends off UP in thrilling finale

MANILA, Philippines—Ateneo gingerly traveled the road to redemption strewn with...