No player or team in the NFL gives much thought to moral victories. Some Cleveland Browns fans might feel satisfied to put a damper on the Ravens’ division title pursuit. But that race is far from over and will likely come down to the Week 18 battle between Baltimore and Cincinnati. Cleveland’s own division […] The post Browns Insider Gives Latest Update On Browns’ Playoff Chances appeared first on Browns Nation. 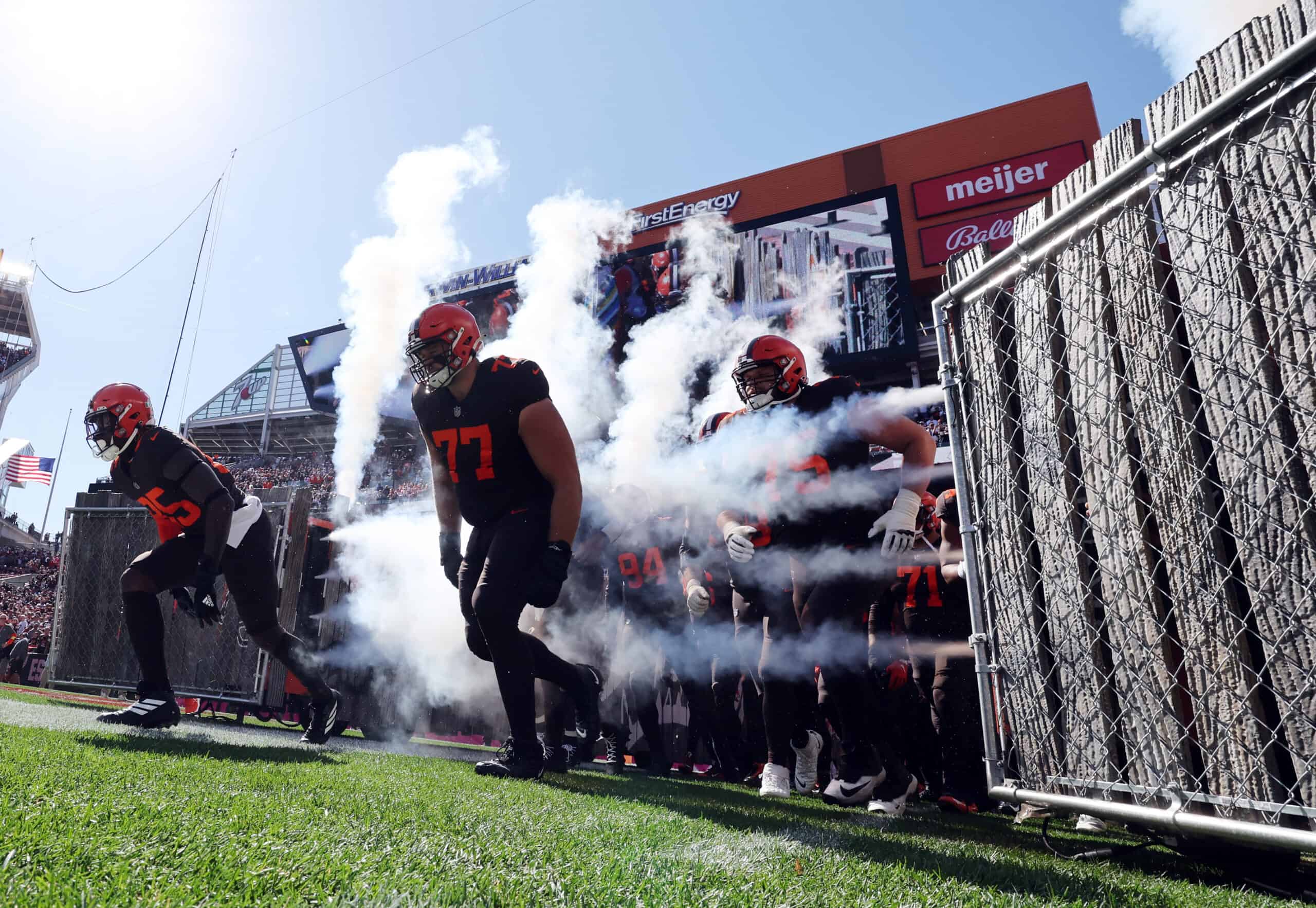 No player or team in the NFL gives much thought to moral victories.

Some Cleveland Browns fans might feel satisfied to put a damper on the Ravens’ division title pursuit.

But that race is far from over and will likely come down to the Week 18 battle between Baltimore and Cincinnati.

Cleveland’s own division hopes are officially dead after the Bengals’ come-from-behind win against the Patriots.

There is, however, still an ever-so-slight chance the Browns could sneak into the postseason as a wild card.

Cleveland’s playoff chances up to 0.7%, according to ESPN FPI #Browns

As Myles Garrett pointed out last week, even a 0.4% chance is better than the Jets’ odds of beating Cleveland in Week 2.

And the Browns will play the games with a playoff berth in mind until they are officially eliminated.

Browns Have to Win Out

In any playoff scenario, Cleveland has to win out against the Saints, Commanders, and Steelers.

All three teams will have something to play for as much as the Browns.

As amazing as it sounds, the 5-9 Saints are just one game back from the NFC South division lead.

Tom Brady and the Buccaneers remain in first place at 6-8, with the rest of the division at 5-9.

Washington has a tough game next week at Buffalo, which could put them in a must-win situation in Week 17.

And believe it or not, if the Browns are still in the hunt come Week 18, so could be the Steelers.

At the very least, Pittsburgh (6-8) could be motivated to save head coach Mike Tomlins’ perfect streak of winning seasons.

Cleveland can expect a trio of scrappy opponents, regardless of their won-loss records.

Winning out secures a winning (9-8) record for the Browns and gives fans reason to look forward to 2023.

But it isn’t enough to put them in the postseason unless some other teams cooperate.

And they each have to lose some more, and since they each play each other, the losses have to fall just right for the Browns.

Meanwhile, the 3 teams sitting at 6-8 with the Browns all come off momentum-building victories.

But the Raiders end the season with games against the 49ers and the Chiefs after meeting Pittsburgh next week.

And Cleveland can take care of Pittsburgh themselves in Week 18.

So… There’s A Chance?

There is a simple scenario that allows the Browns to capture the 7th AFC playoff slot.

First, Cleveland has to win out their remaining schedule to finish 9-8.

Then, Miami has to lose all 3 of their remaining games to offset the head-to-head tiebreaker.

The Jets must lose to the Jaguars and Seahawks but beat the Dolphins to finish 8-9.

#Browns Myles Garrett said the season will be a failure if they don’t make the playoffs but he’s not giving up yet pic.twitter.com/SLZA6U270u

Cincinnati can help the Browns by beating the Patriots, who then beat the Dolphins but lose to the Bills in Week 18.

Then the Browns need just one loss each from the Raiders and the Jaguars (or the Titans if the Jags win the division).

With those simple steps achieved, Cleveland’s Week 18 victory over the Steelers locks up the 7th seed in the AFC.

Or else the team can file paperwork to move to either the AFC or NFC southern division, where 9-8 is sure to capture a title.

Jesus 'Tecatito' Corona ruled out of the World Cup