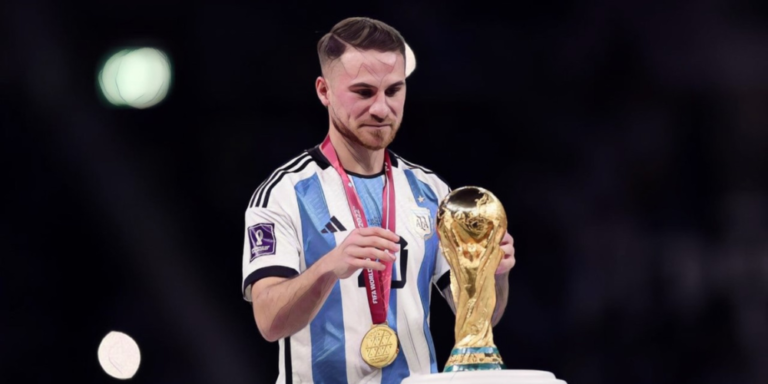 Mac Allister impressed as Argentina beat France to be crowned world champions on Sunday, with the midfielder setting up Angel Di Maria’s goal in a thrilling final.

Tottenham have been linked with a move for Mac Allister, who could follow the likes of Ben White, Yves Bissouma and Marc Cucurella in leaving Brighton for a significant fee.

The 23-year-old is contracted to the Seagulls until 2025 and Brighton have the option to extend his deal for a further season. The club’s chief executive, Paul Barber, is hopeful the club can retain the services of the World Cup winner.

“He will be sought after, we’re very aware of that, but we hope to keep him here as long as we can,” Barber said, as per the BBC.

“Of course, when staff and players do well, as we’ve seen in the last few months, they do attract the interest of other big clubs.

“These are clubs that are wealthier and have the chance to give players a new level, we understand that and we’re not naive to that.

“All we can do is protect ourselves the best we can through the contracts and hope we can hold on to the player for as long as possible, but this is a young man who has just won the World Cup at 23 and set up arguably one of the most iconic goals in World Cup history.”

Trent Alexander-Arnold pushed “to the limits” to make 1-week...

As a player who has always done things his own way on the tennis court, Nick Kyrgios...

Draymond Green has made this pass 5,000 times. This time, no one was there. Draymond...

Here's what we know about World of Warcraft's patch 10.0.5 release date and the...