The race for the division three title in the Braintree Table Tennis League continues to be the most absorbing as the top two slug it out. The post Braintree League: Hicks helps leaders advance appeared first on Table Tennis England. 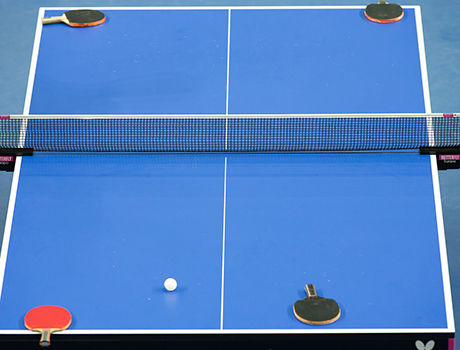 The race for the division three title in the Braintree Table Tennis League continues to be the most absorbing as the top two slug it out.

Rayne E took a one-point lead into the week’s fixtures and increased that by just one point as they beat Rayne F 7-3, while chasing Sudbury Wanderers overcame Black Notley G 6-4.

Oliver Hicks won his three sets in straight games for Rayne E and Ian Shrubsole was unbeaten for Wanderers.

The other two matches in the division finished as draws, Notley H at Netts D and Notley I at home to Netts E.

In the second division, Sudbury Nomads stretched their lead at the top with an 8-2 win over Notley C while Notley D and Liberal C won 6-4 and 7-3 respectively.

Sean Clift was unbeaten for Notley D where the surprise was a rare nil return for Dave Marsh.

At the top end of division one, Netts A drew level with Rayne A despite being a match behind.

Netts beat Notley A 9-1 – a good win for Takunda Nerutanga over Andy Holmes the one that got away – while Rayne beat Notley’s B team 6-4.

An injury to Steve Pennell will hurt Rayne’s chances of keeping Netts in sight. He was forced to pull out of the doubles and concede his last singles after aggravating a knee injury. Alan Burgess won his three singles for Rayne.

James Mullane was in form in Netts B’s 8-2 win over Liberal B. Mike Johnston got the better of Nikki Kennard and John Cleasby but could not overcome Mullane.

Next Gen ATP Tour Finals 2022: Schedule of Play for Saturday...

In a shocking start to the season that almost nobody could have predicted, the New...