When it comes to navigating off-ball screens as a defender, you must do your best not to get hit by the screen. This sometimes means taking the same path, cutting under the screen, or denying the cutter the screen. In this defensive basketball drill, though, the player will take the same path as the […] The post 1 on 1 Midline Chasing Cutters Defensive Basketball Drill appeared first on Basketball HQ. 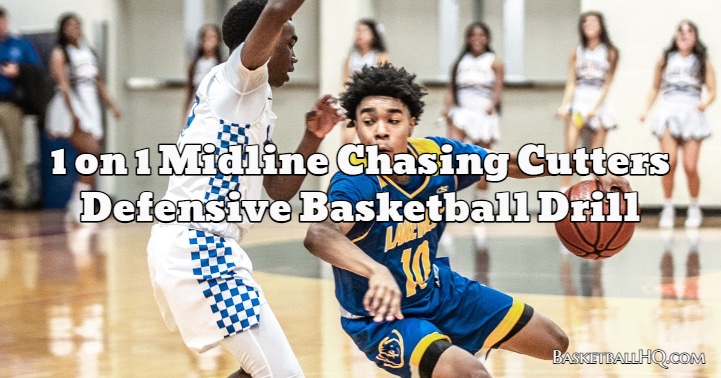 The defender must get on the cutter’s outside hip and then make sure to get back in front with a great angle after clearing the screen. Along with navigating a down screen, this basketball drill will also allow for working on 1 on 1 defense and offense. After the screen, the offensive player will receive the pass at the top of the key, and it turns into a live-action competition basketball drill.

Goals of the Drill

The Five Best Men’s Feast Week Events—With Our Picks to...

Grizzlies vs. Blazers: Start time, where to watch, what's...

Railers sweep Newfoundland out of Worcester, 4-1

WORCESTER, Mass. – There will be at least 22 more hockey games in the DCU Center...